Unknown until a year ago, today the glyphosate is at the center of a scientific and political controversy.

The EU is still deciding wether to consider it a “probable human carcinogen”, as the IARC (a WHO Agency), classified it or harmless for human as EFSA decided, while in many countries there is growing concerns and opposition to the use of the most widely used pesticide in the world.

Today we have had an anticipation of the decision due on the matter by the European Commission, which will be officially issued in May. The Commission will renew the authorization to the use of glyphosate for 10 more years instead of 15 as announced. The European Parliament voted a non binding resolution that asked to impose limits on the authorizations and full transparency on data and analysis.

How much glyphosate ends up on our tables? Test-Magazine has conducted the first ever analysis on products sold in italian stores to check the level of contamination of the products. We tested pasta, flour, breakfast cereales and tap water to find out that yes there is glyphosate in food in random products.

For the same brand, in fact, some batches did contain glyphosate, while in many others there was no trace of the herbicide.

We found it in Kellogg’s corn flakes, where the amount was within the limits fixed by italian laws, as in Kellogg’s All Bran where we detected 0.140mg/kg of glyphosate. We also tested

(0.160 mg / Kg) and the Spaghetti La Molisana (0.056 mg / Kg). Every product carries a quantity of glyphosate within the limits of the italian law.

Far more alarming is what we found in the water we drink every day. The has analyzed 26 samples from different Italian cities andin two different places – the municipality of Brusnengo (Biella) and Campogalliano (Modena) – Ampa, a derivative of the herbicide, was higher than the legal limits.

No Italian Region tests the drinking waters for the presence of glyphosate and its metabolite Ampa, despite European recommendations to do so. Says Riccardo Quintili, editor of the magazine: «Europe should not sacrifice the interests of the people for those of the few who sell this product and should forbid the use of this potential threat to humans» says Riccardo Quintili editor of the magazine who has been published on april 22 and will be in newstand from saturday the 23rd of april. 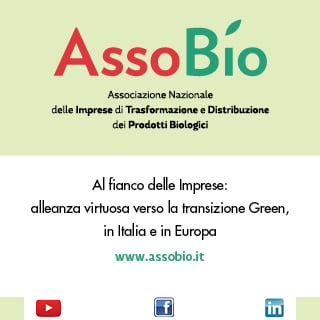